Posted on April 1, 2012 by LearningFeelsGood

The only time I’ve ever been a bit nervous while traveling somewhere was at twelve years old, when I was with my family in Cincinnati, Ohio; that was marginally more unpleasant than getting followed around Tangier, Morocco for an hour, if only because I prefer usually couscous to chili  (Link thanks to skyline chili).

Fast forward to January 2011, alighting the Gautrain from Johannesburg O.R. Tambo Airport in Sandton, a leafy though exceedingly dull business, shopping and hotel district, where many of the originally downtown-located companies relocated to in the 1990s.  Apart from a few West African natives hawking masks, t-shirts and your car keys, this wasn’t quite the Johannesburg, the dilapidated, seedy, don’t-stop-at-red-lights Johannesburg I wanted to see.  My goal was the downtown/CBD (central business district), and my ride was the minibus.  The asinine guidebooks warn travelers (I’d posit those of the lighter-skinned variety) that there’s no reason to check it out, and like ANYWHERE ELSE, try to blend in.  Well, I’m…not sure how I could blend in, but that was the least of my issues.

For each day of the few days I was in town, Hillbrow and its minibus terminus were my go-to points  (Link thanks to google maps).  Although two other goals were met, those being the observation deck of the Carlton Centre and hopping on a Metrorail from the main train station, I really just wanted to walk and eat.

It appeared to me that around Hillbrow, every few city blocks was composed of an African region’s or country’s expats; there was an Ethiopian/Eritrean bloc, a Senegalese section, a Nigerian flock, and a DRC ‘hood, to name a few.  Textiles and grey market goods were the usual, and food from those parts of the continent were on offer as well; granted, it isn’t street food, but the notion deserves a photo:

Injera with Lentils, Beets and a Few Question Marks

On the whole, the street food in Johannesburg city center (not just in Hillbrow) was a grand disappointment.  I reckon after living in East Asia most places would not come close to variety, abundance of actual vendors and hours doing business, of course, if you aren’t much of a fan of food from that part of the world anyway, perhaps you’re just as sated by red-paint popcorn in Rio de Janeiro, sheep face in Marrakech or giblets and clay in Jo’burg  (Link thanks to thekitchn.  Oh, don’t those last two options sound riveting?: 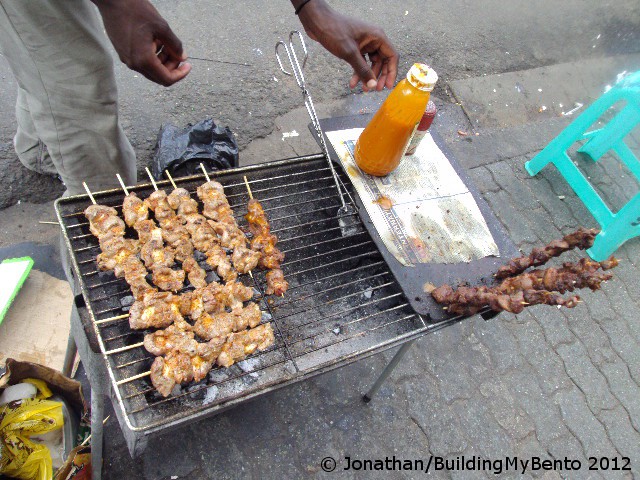 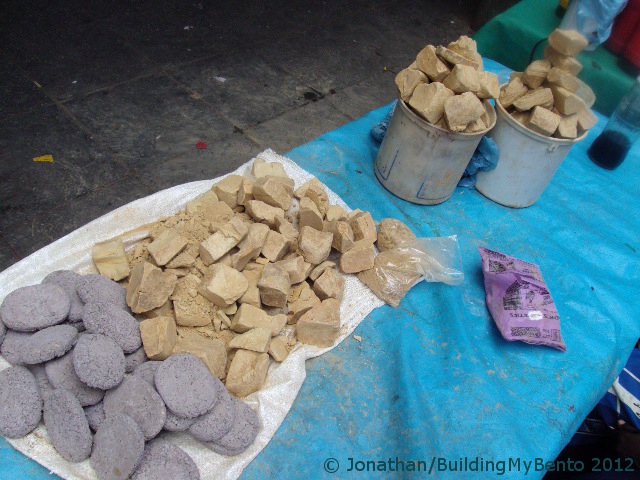 Have you heard of pica?

Although it was a bit of a downer, I only scratched the surface of expatriate neighborhoods of the downtown.  Barring an actually successful visa application to Angola or either Congo, I’d definitely be intrigued to revisit.

Bread, olive oil Waking up in Nakagin Sure does sound like me
View all posts by LearningFeelsGood →
This entry was posted in Food & Drink, Sub-Saharan Africa and tagged Africa, chicken, clay, Johannesburg, South Africa, Street Food. Bookmark the permalink.

6 Responses to Street Food in Downtown Johannesburg? I wish