Posted on May 7, 2013 by LearningFeelsGood 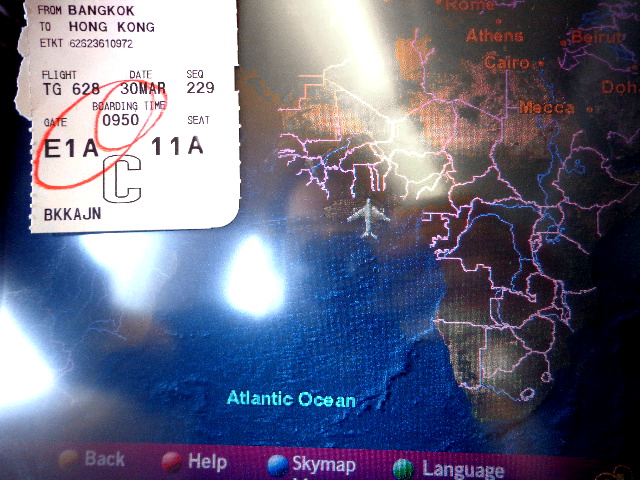 As seen in my first post about airline route maps, Japan has no friends and Hawaii is the latest colony of New Zealand.  I wish I had more of that juicy stuff for you now, so I’ll have to hold off until South Carolina secedes from the union again or for when Zambia becomes the 35th province of China.

Speaking of which, there’s not enough of anything from Africa around these parts.  And…it will stay that way for the time being.  But even though Thai Airways only flies to one city in Africa, Johannesburg, they had the nerve to suggest we were heading for Ghana.  We being the passengers of TG628 from Bangkok to Hong Kong.  Though, if that were true, I’d be gung-ho about trying some peanut butter soup.

Bread, olive oil Waking up in Nakagin Sure does sound like me
View all posts by LearningFeelsGood →
This entry was posted in (Inhuman) Nature?, Aviation, East & Southeast Asia, Human Nature and tagged airlines, aviation, cartography, flying, maps. Bookmark the permalink.