Posted on January 23, 2015 by NoWorkAndAllTravel

My timing is not good these days.  Ah, that’s a half-truth.

Whereas the dollar went far on my recent visit to Caracas, Venezuela, the one building I wanted to visit, the Centro Financiero Confinanzas, was already been cleared of its squatters.  Since 2007 that structure, better known as Torre de David (Tower of David), had until recently joined the shortlist of buildings – alongside Ponte City in Johannesburg and Kowloon Walled City in Hong Kong – more discouragingly termed vertical slums.

Construction started in 1990, with plans for multiple towers, a helipad, an atrium, and ample parking.  However, it came to be known as the Tower of David as its developer, J. David Brillembourg, died roughly around the same time an economic collapse started to occur in Venezuela, in 1994.  Thus, the subsequent developers pulled a Ryugyong Hotel and didn’t complete it, thus leaving the tower lacking elevators, some walls and utilities. 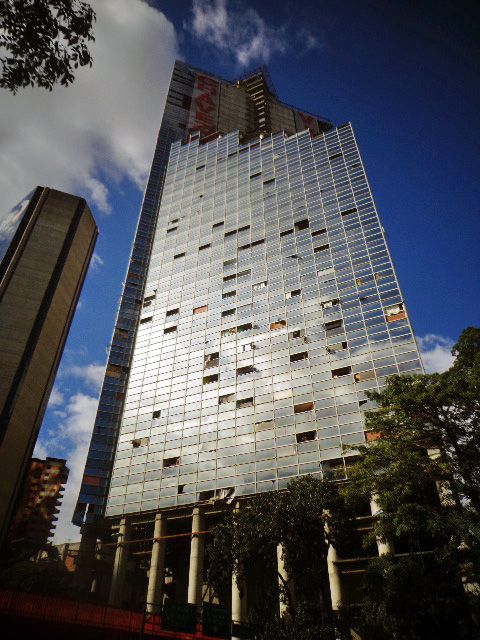 In 2007, drifters started to move in, and worked together to bring water, electricity and fabricate walls so that the building turned into a much more welcoming environment.  Without elevators, a number of residents were forced to make the 20+ story trek on a daily basis, though some decided to drive their motorcycles up to their apartments.  With the Torre de David taking shape, businesses such as dentists and bodegas started opening up too so that no one ever had to leave the premises. 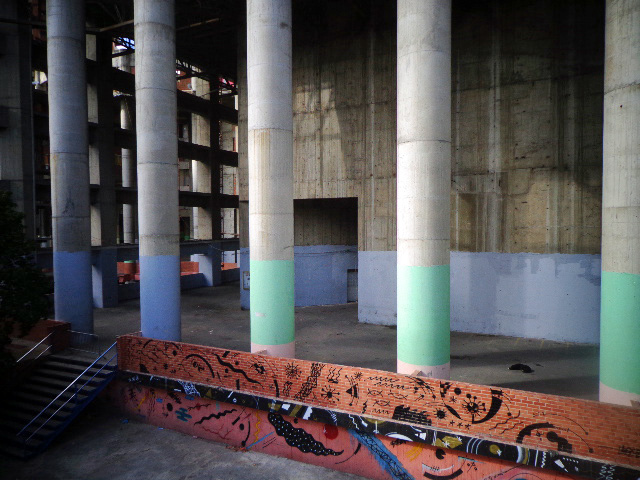 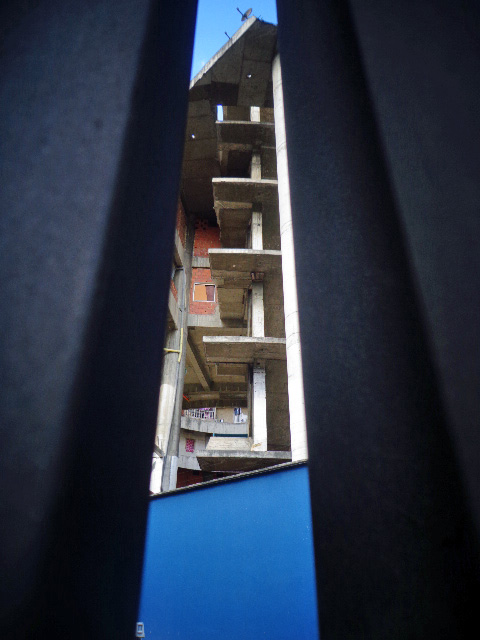 As I mentioned earlier, no tenants remained as of January 2015, and entrances to the building had been sealed.  However, if you’d like to learn more about what life was like while it was hotbed of activity, check out this video or this documentary.

So, who’s going to Airbnb this place next time?

Wordpressing about food and languages at FindingFoodFluency.com, and about travel news and attractions at NoWorkAndAllTravel.wordpress.com
View all posts by NoWorkAndAllTravel →
This entry was posted in Architecture, Human Nature, pop culture, South America and tagged building, Caracas, hong kong, slum, tower, Venezuela. Bookmark the permalink.