The 2015 Chinese New Year: The Year of the Escalator

Posted on February 18, 2015 by NoWorkAndAllTravel 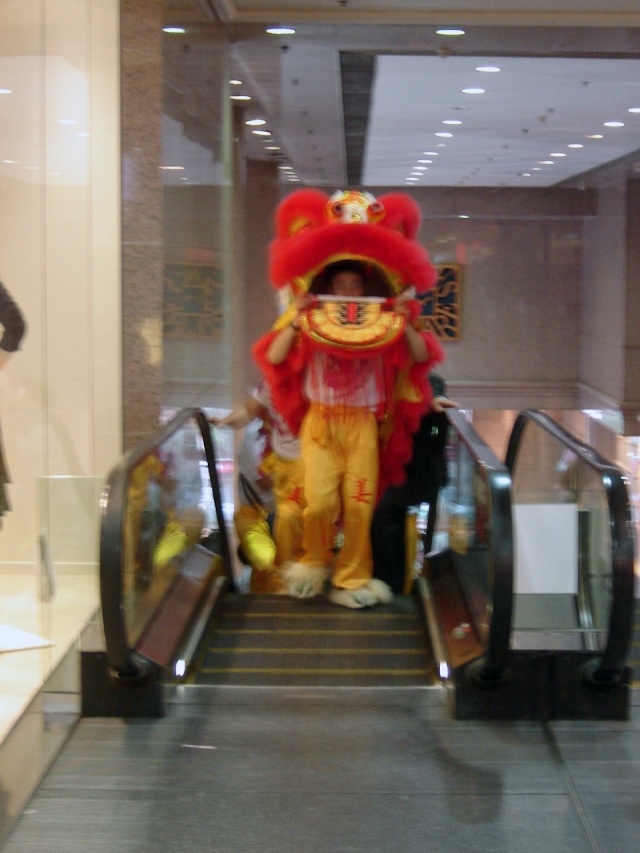 I was wandering around the Times Square mall in Hong Kong at the time of the Chinese New Year in 2007 when it struck me that I wasn’t in New York anymore (on second though, it might be better to say that I wasn’t on Canal St. anymore)- a dragon dance was taking place on the ground floor, but then momentarily stopped while on the escalator.  It continued again as soon as the head of the dragon reached the first floor.  I thought it was amusing, and you know what, if that procession started making its rounds on escalators across Manhattan, what’s the harm in that?

I’m told that the Lunar New Year, aka Spring Festival starts tomorrow.  If you want to get bonus points, try permitting people to have a prosperous new year by saying 恭喜发财(gōng​xǐ​fā​cái)…just as long as you also don’t suggest a vacation to Thailand.