Posted on May 18, 2016 by NoWorkAndAllTravel

Sun Air Express is a regional carrier based in Pittsburgh, Pennsylvania with flights throughout the Northeast/Mid-Atlantic.  They offer both charter and scheduled passenger services, and mostly fly 8-seater PA-31 350 Piper Chieftain prop planes. Additionally, many of their routes – including those to Lancaster and Hagerstown – depend on Essential Air Service subsidies.

So, in typical Jonathan fashion, I had a couple of the Sun Air Express representatives book me on the two flights… about twelve hours before I was to board the first.  It should be noted that all of the airline’s staff members with whom I spoke/e-mailed were helpful and responsive; there was one shortcoming, though I’ll get into that with the Hagerstown flight.

Let’s check out some photos: 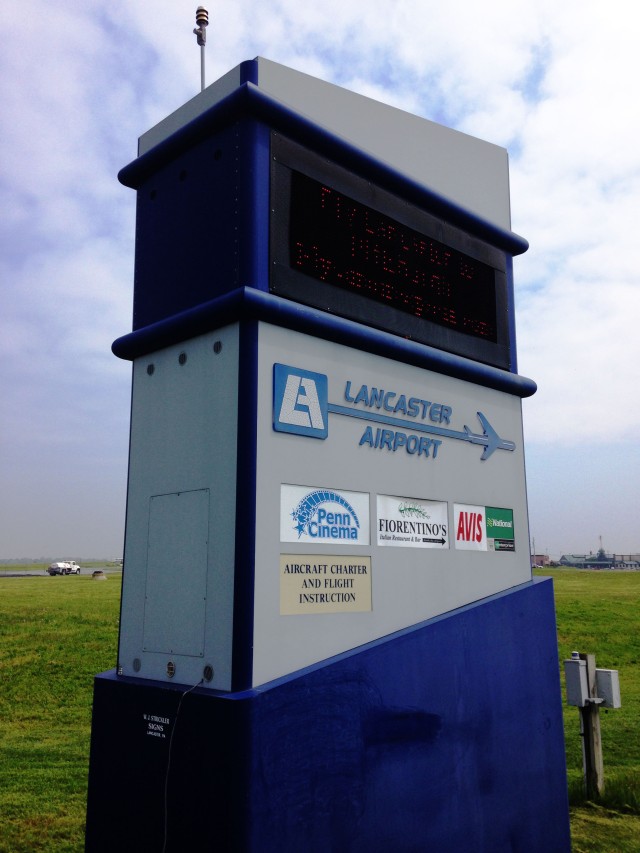 I woke up around 5 in the morning to catch NJ Transit to Trenton. From there, I boarded a Keystone Service Amtrak train to Lancaster, then took a Red Rose bus from North Queen Street to the sign above, which was about a ten minute walk from the terminal.  Phew. 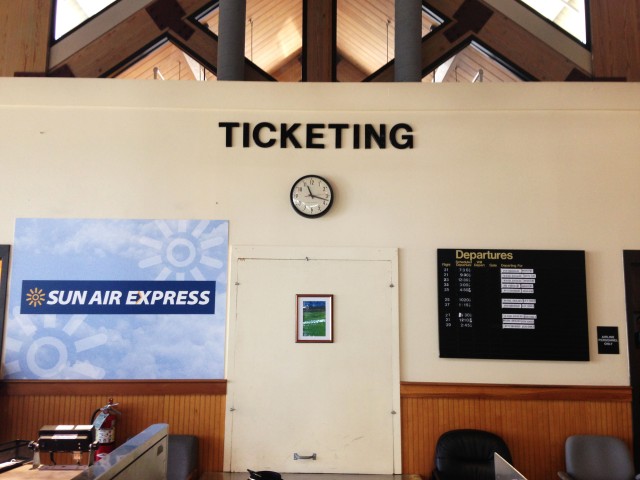 Departures from Lancaster to Pittsburgh and Washington Dulles (which is actually in Virginia; how very Ryanair of them).

There’s no store at Lancaster’s airport, but there is an underwhelming pub/restaurant.  Even less welcome– the TSA also made an appearance.  How different from my last flight review…

Objects in the camera lens may seem more interesting than they appear. 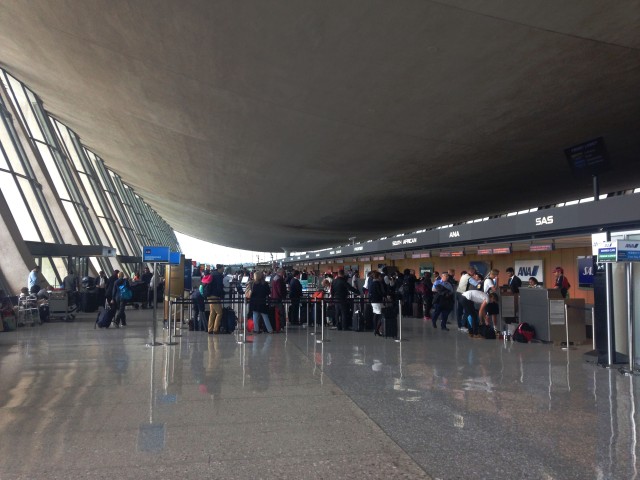 The flight to Dulles was a tad above 50 minutes, and we parked next to a Korean Air 773 LR.  In other words, if we were behind the engine as the jet was taking off, someone else might have been writing this review.

After walking by the check-in area a couple of times – in other words, it’s a blink-and-you’ll-miss-it thang – I checked into my flight to Hagerstown, then passed through the painfully slow security checkpoint.

Upon getting to the gate, I was told, only after asking, that the flight hadn’t even left Pittsburgh (the routing was Pittsburgh-Hagerstown-Dulles-Hagerstown), due to a storm closing that runway.  Naturally – that’s a bad pun – since it was a weather-related delay, no food vouchers/transport were offered.

At that time, it didn’t affect me too much, but I was not told that we were to land in Hagerstown after the airport had already closed.  In other words, no rental car companies were open, no public transit, etc.  In other words, if you’re flying to Hagerstown, you already know the score.

(There are no in-flight meals with Sun Air Express; considering the average flight lengths, and the point that they exist to get you from A to B, it’s no big deal.)

Is it Showalter Road because of the former Baltimore Orioles coach?

The flight from Dulles to Hagerstown was very quick, around thirty minutes, so I decided to walk downtown and spend the night.  Note: it’s a long walk.

In short, if you’re looking for good service, and happen to spend live/visit Pennsylvania often, check out Sun Air Express.