Posted on June 21, 2017 by findingfoodfluently

Disclaimer: In exchange for full expo registration, I am writing this review. 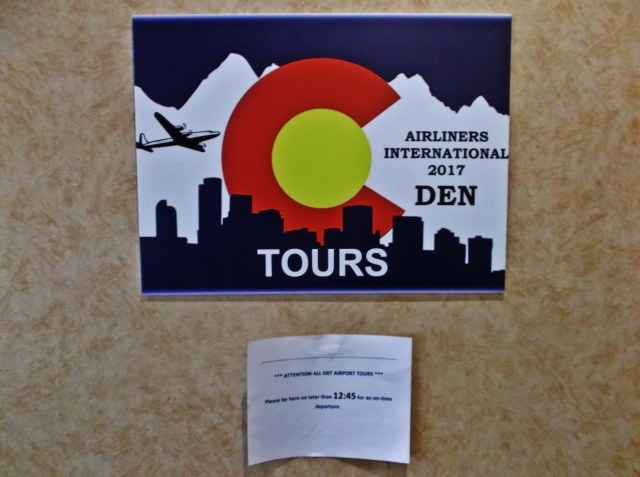 Celebrating its 41st annual 3-day expo, Airliners International 2017 took place in Denver, Colorado from 14-17 June at the Crowne Plaza Denver Airport Convention Center.  In addition to this airline collectibles event – the largest of its kind in the world – there were also parties, airport tours, and contests.  But there was no mention anywhere of D.B. Cooper. 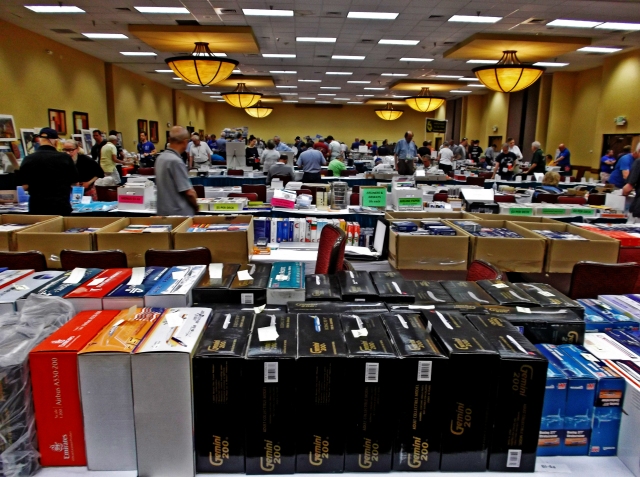 Although I only had time to attend the show, which was separated into three banquet rooms at the hotel, as someone who used to amass airline playing cards, silverware, and amenity kits as a hobby, I was curious to see how much…weirder aviation anoraks’ collections could get.  As it turned out, the answer is “not much.” 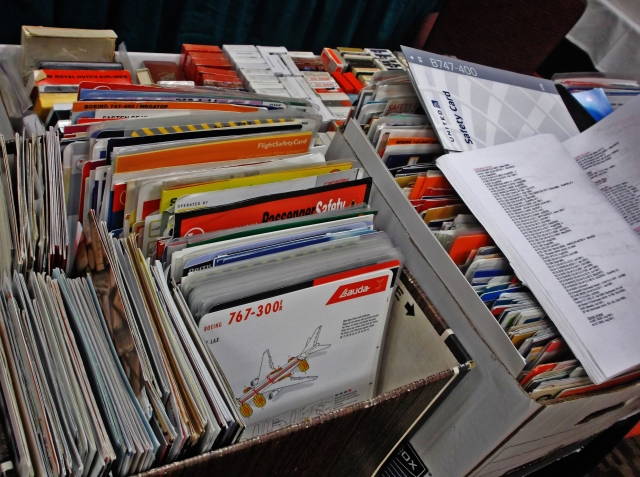 Perhaps the most amusing part of the show hit me right at the beginning…airline safety cards.  It wasn’t just the sheer volume of them, or that there were ones from airlines and aircraft hailing from the world over, but I got a kick out of the illustrations, and language used on each card. 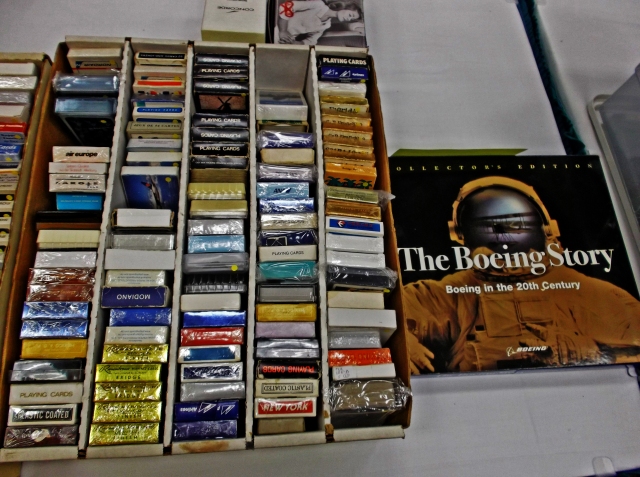 Playing cards. I only collected souvenirs if I had flown that particular route/airline, otherwise I had no interest.  That said, a pack of New York cards might’ve been a nice (re-)gift. 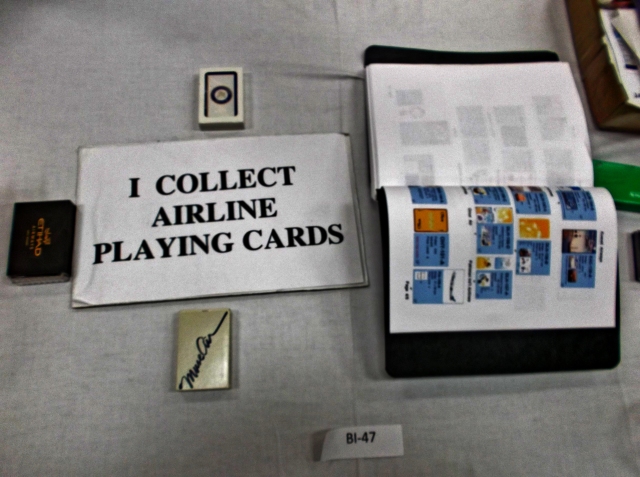 I admire the blunt nature of this man’s booth.  He wasn’t selling anything.  On top of that, he had a friend compile a list of every extant airline trading card pack; that’s the binder on the right.

Badges, lapel pins (in this case, from the bygone airTran), and pins for kids.

Is it a mirror image?  Is it chiral?  No matter what we think it is, I see lots of magnets. 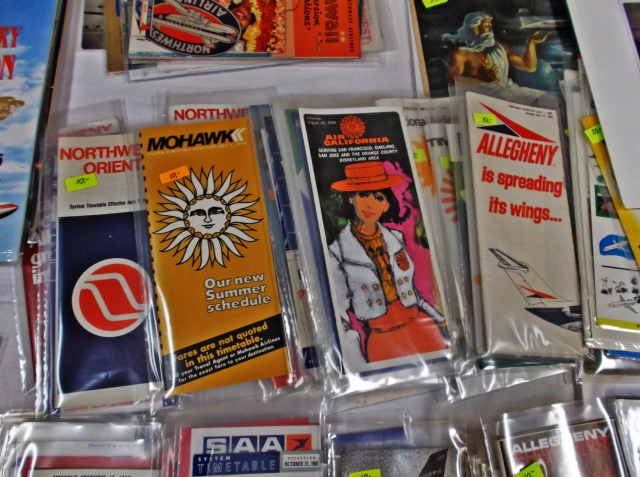 Airline timetables, some from before airport security was introduced. 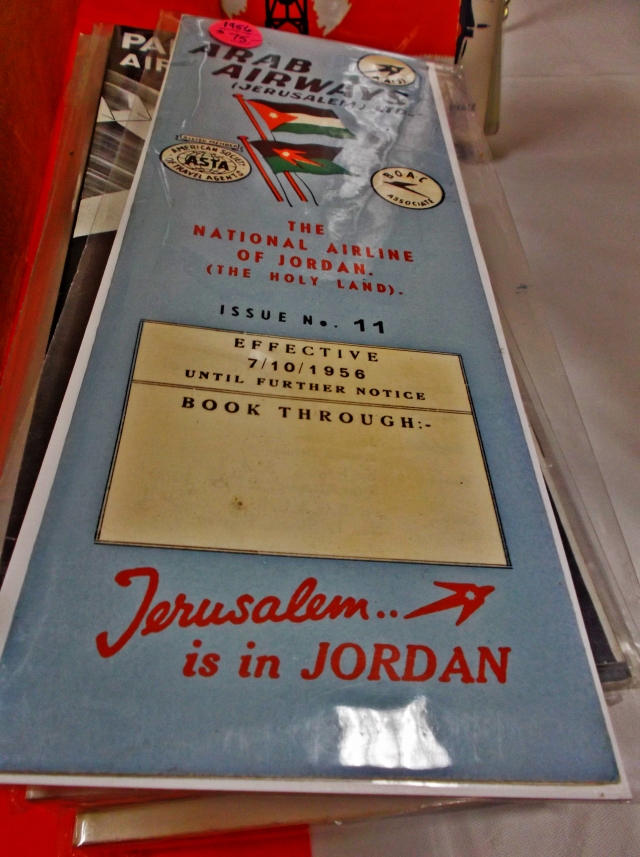 You got it, boss. 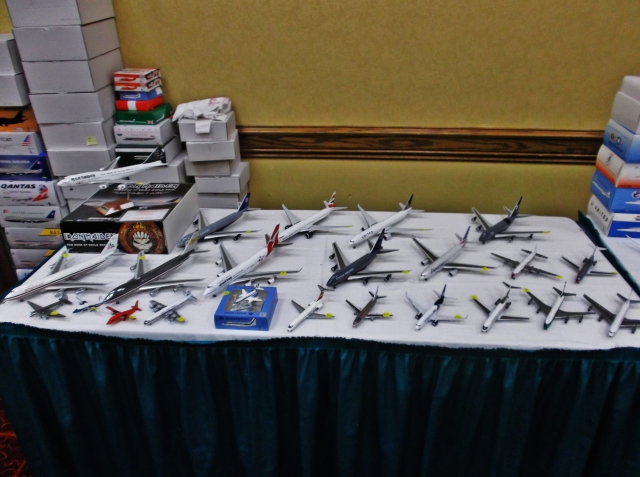 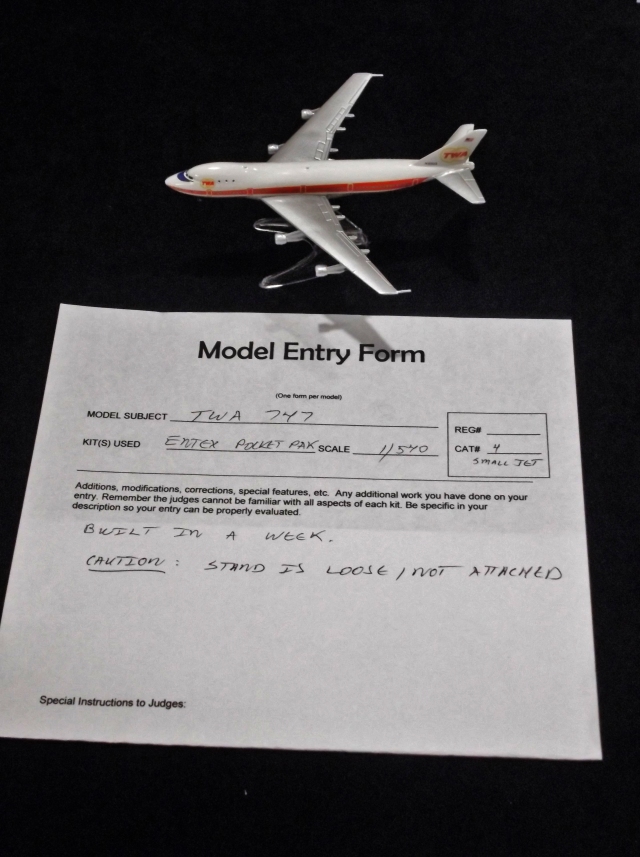 Maybe I was being too picky…I should have constructed my own, and entered it into the model plane contest. 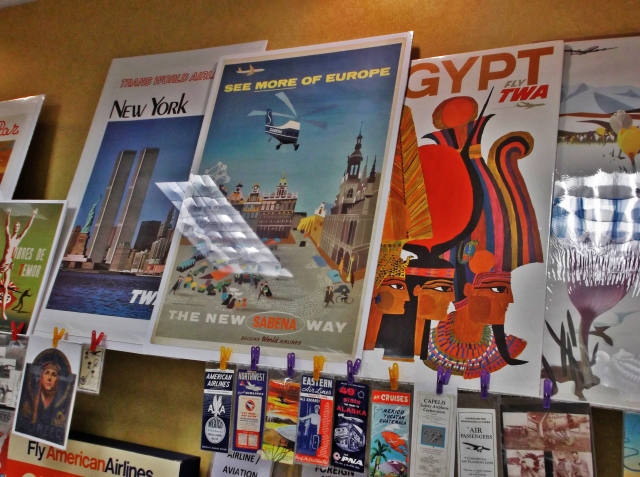 Posters.  I guess “the new Sabena way” is now known as SN Brussels. 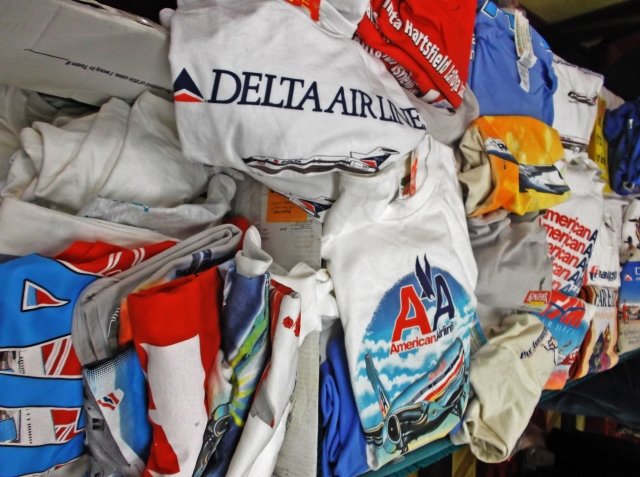 Uniqlo had less tacky airline shirts back in 2005, but there were a handful of modest ones that I should have inspected more closely. 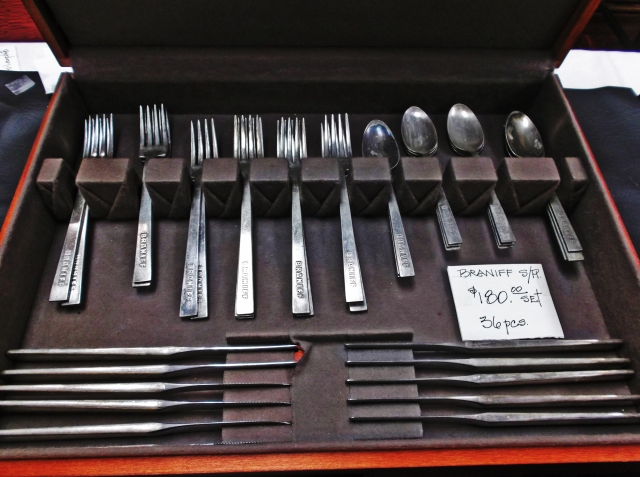 Braniff was a Dallas, Texas-based airline that operated from 1928-1982.  The name was also adopted by two different airlines thereafter, but the original still captures the hearts of many.  What do I mean by that?  Today, there’s a Braniff Airways Foundation which tries to preserve the memories of Paul Revere Braniff’s 1920s brainchild. 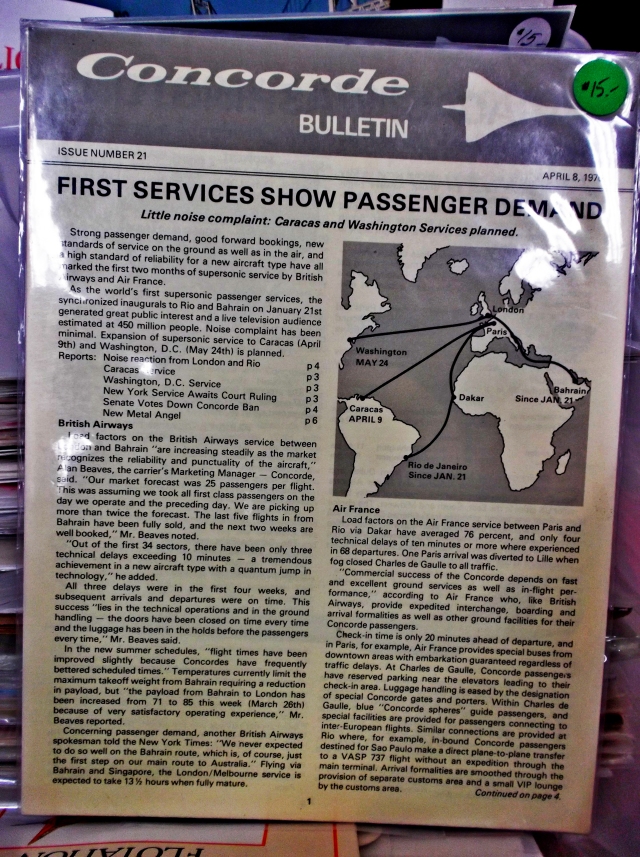 Along with being able to celebrate the Concorde’s dubious history, there was a selection of other pamphlets, magazines, and books to peruse and misuse. 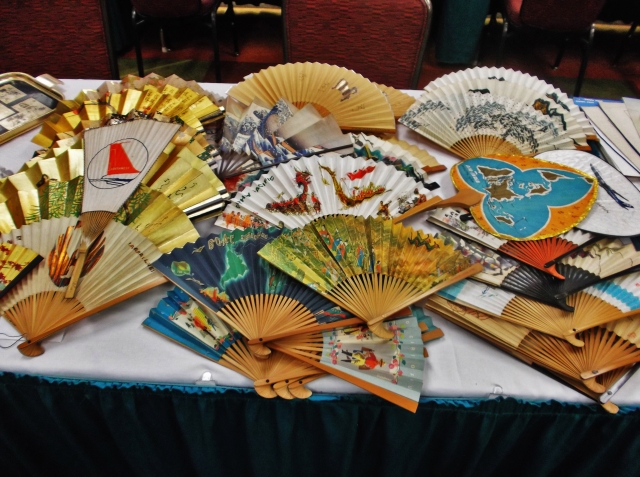 Fans, mostly from carriers flying to Japan/East Asia.  This was the most surprising booth at Airliners International 2017 Denver, and I’ll leave you with that.

Other one day shows take place throughout the world, generally in the US, Canada, and Europe, so don’t fret if you were unable to attend the Denver expo.